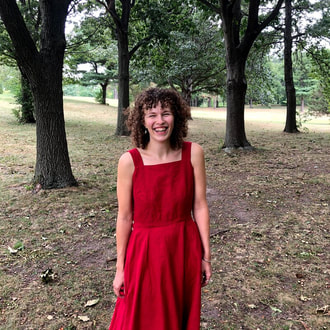 Melissa is a Boston-based actor, playwright, and teaching artist and has served on the adjunct faculty of Emerson College since 2017, where she teaches in the Applied Theatre and Theatre Education graduate program.

Melissa is the former Artistic Director and co-founder of The Charlottesville Women's Theatre Project, a company focused on creating theatre relevant to the female experience. Previously, she served as Program Manager for Young Audiences of Massachusetts, an organization dedicated to arts education across New England. She has performed in a variety of stage and film projects, including Letters to Medford (Two Roads Performance Projects); I Never Saw Another Butterfly (Firehouse Center for the Arts); Ready for Lou (Gold Rush Films); and SafeGuard, an original solo documentary performance play which examines the female perspective of deployment, based on interviews with women of military families across the United States.

She is the author of The Perpetual Visitor: A Field Guide for Everyday Artists, Wild Unfolding: and other poems, as well as several poems, short films, and plays. Her essays about creativity and sustainability have been published in Howlround, the international theatre journal based at Emerson College.

Melissa believes in the power of theatre not only as a meaningful collective experience for audiences, but as a transformational tool for dialogue and social change for communities at-large. She has taught in a variety of settings, including Harvard University, Michigan State University, Lenoir-Rhyne University, the American Alliance for Theatre and Education, The New England Theatre Conference, Boston Educators for Social Justice Conference, The Chester Charter Scholars Academy, and The South End Settlements.